Share a memory
Obituary & Services
Tribute Wall
Donations
Read more about the life story of Thomas and share your memory.

He attended Cranberry High School before enlisting in the U.S. Army and serving in the Vietnam War from 1967 until being honorably discharged on June 26, 1970.

Tom was in the Boy Scouts in his earlier years.  He was a lifetime member of the Franklin VFW and was a member of the V.E.T.S. Honor Guard.

He was a member of Trinity United Methodist Church in Oil City.

He was employed through the years at Riverside in Oil City, the University of Pittsburgh in Titusville, and was a welder at WeldTech in Franklin, Aminco in Meadville, and at Oilwell Supply in Oil City.

He was married in Trinity United Methodist Church on December 17, 1991 to the former Michelle L. Sutton, who survives.

Also surviving is a brother, Robert C. Combs and his wife Shirley of Hanover, Debara Adams and her husband Calvin of Seneca, and Craig Combs of Oil City; and numerous nieces and nephews including Aaron and Matthew Combs, Joshua and Travis Coon, Justin Adams, and Jaclyn Marrs.

In addition to his parents, he was preceded in death by a sister, Nancy Coon; and a nephew, Ryan Coon.

Friends and family will be received Wednesday, January 25th from 3 - 4 p.m. in Hile-Best Funeral Home, 2781 Rte. 257 in Seneca.   A service of military honors will immediately follow at 4 p.m. in the funeral home, accorded by the V.E.T.S. Honor Guard.

Interment will be in the National Cemetery of the Alleghenies in Bridgeville, Washington County.

In lieu of flowers, memorial contributions to assist the family with funeral expenses may be made to Hile-Best Funeral Home, P.O. Box 245, Seneca, PA  16346.

To express online condolences to the family, or make an online donation, please visit www.hilebest.com  (Online donations may be made by clicking the donations tab above on this tribute page).

To send flowers to the family or plant a tree in memory of Thomas James Combs, please visit our floral store. 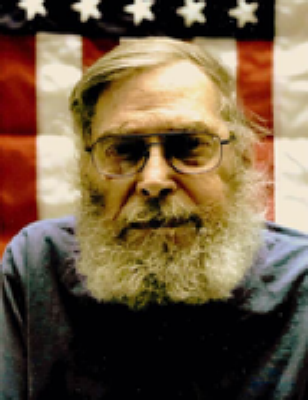 You can still show your support by sending flowers directly to the family, or by planting a memorial tree in the memory of Thomas James Combs
SHARE OBITUARY
© 2023 Hile-Best Funeral Home Inc.. All Rights Reserved. Funeral Home website by CFS & TA | Terms of Use | Privacy Policy | Accessibility